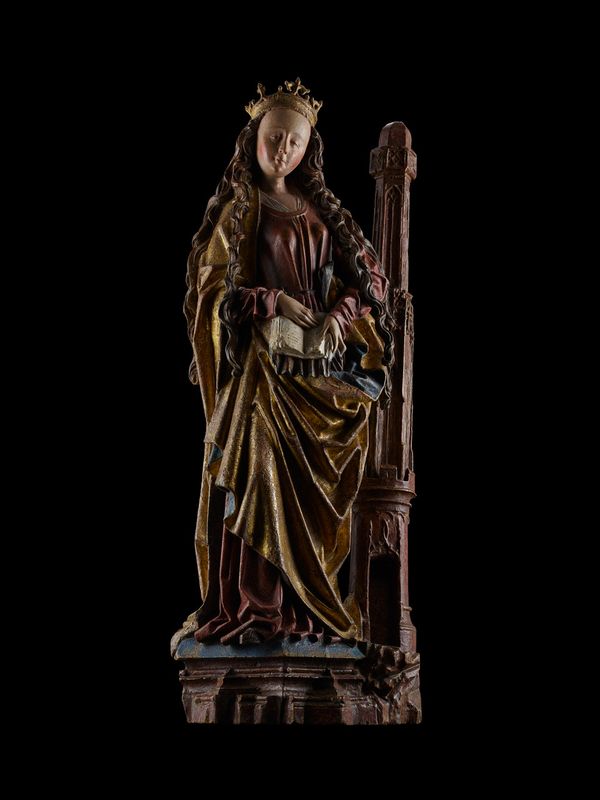 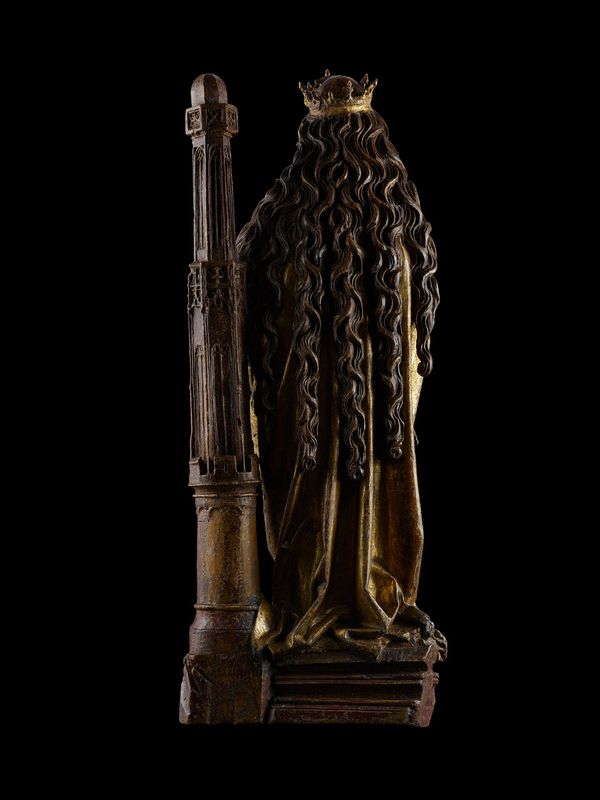 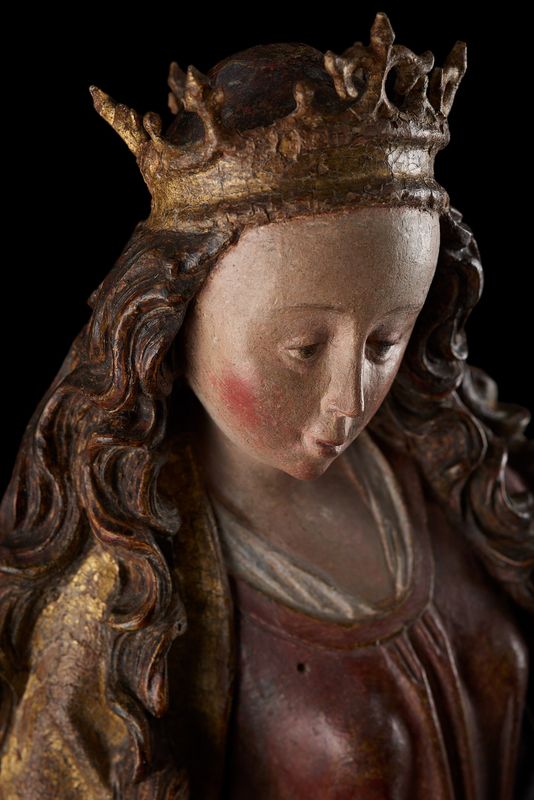 The sculpture represents Saint Barbara, an early Christian martyr of the 3rd century. According to the hagiographies, Barbara's father Dioscuros tried to prevent the noble young woman's conversion to Christianity by locking her up in a tower. However, when Barbara was nevertheless baptized, her father decided to kill her. During her cruel martyrdom, Barbara repeatedly experienced God's help, for example when her persecutors were punished and her wounds healed. Finally, Dioscuros beheaded his daughter himself, whereupon he was struck by lightning.

In the Middle Ages and early modern times, Barbara was one of the most venerated female saints, along with Catherine and Margaret, and was a member of the group of the Fourteen Holy Helpers. She was invoked to protect against sudden death and to assist the dying. She was considered to be the patron saint of architects and builders, as well as of blacksmiths and firemen, as her intercession was supposed to protect from disaster caused by lightning, thunder and fire.

The sculpture of Saint Barbara shown here captivates by its harmonious composition and the excellent artistic quality of the details of the face, the hair and the garment folds. The figure is positioned on an architectural base, next to a three-storey tower decorated in late Gothic style, which is the attribute of the saint. Her face appears childlike and delicate, with a broad forehead, small mouth and pointed chin. The innocent gaze of the narrow, almond-shaped eyes is directed at the observer. In her delicate hands, the saint holds an open Bible, while at the same time she clasps the edges of her cloak, which sourrounds her in lavishly undulated, angular bowl and tube shaped folds. The red dress underneath also forms rich folds both on the sleeves and the hem, skilfully creating the impression of a wealth of precious fabric.

Especially in the back view the sculpture in the round fascinates by the precisely designed magnificent brown curls, which flow down to knee level in elegant interplay with the folds of the gown.

Stylistically, the sculpture can be allocated to the Upper Rhenish sculpture of the time around 1480/90. Striking is the extremely subtle plasticity, by which physical grace becomes a symbol of inner, spiritual purity. Thus the Saint Barbara shown here is an impressive testimony to the great technical precision and refinement of her creator, a master from the Upper Rhine region who has not yet been identified by name. An outstanding work of art, whose charming grace and dignified elegance have lost none of their magic to this day.