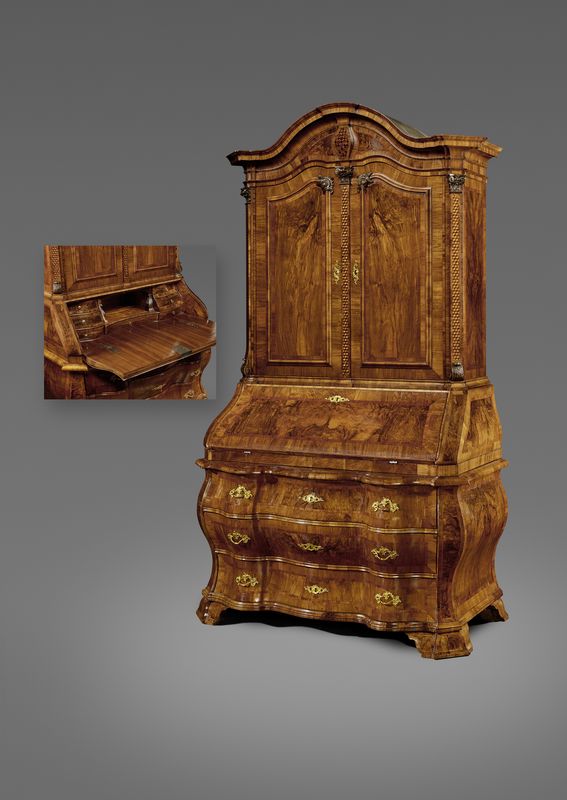 Masterpiece of a baroque writing cupboard

The piece of furniture equates in structure and quality the writing cupboard that was required by the Berlin carpenter’s guild to gain the master title in the late 18th century.

The work had to be produced within twenty weeks in an external workshop following strict instructions: the top had to be constructed with three drawers above a swung commode, the upper part with two doors had to be crowned by a swung gable.

This bureau exactly follows with its basic form that required design and offers furthermore fine decorative details such as the cube-shaped marquetry on the pilaster strips of the upper part or the carved ornaments, with whose the future master showed his abilities.

A pair of classicist encoignures

A highly elegant corner half cupboard with fine flower inlays