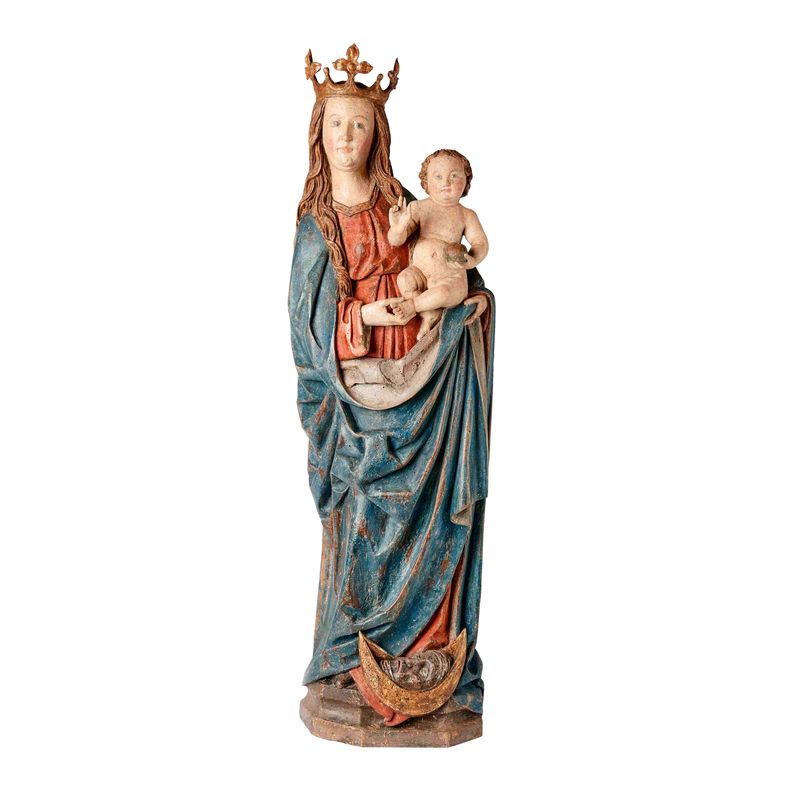 Madonna — Cercle of Niklaus Weckmann, around 1500

Our Lady standing on a polygonal plinth in a contrapost, the mantle folded with her left hand, the boy Jesus sitting on her arm holding a ball, the crowned head of Mary with long, wavy hair falling over her shoulders, at her feet crescent moon with sculpted face. Limewood, half-round carved and hollowed on the back, set and partially gilded. H. 113 cm. Traces of age, largely original setting.