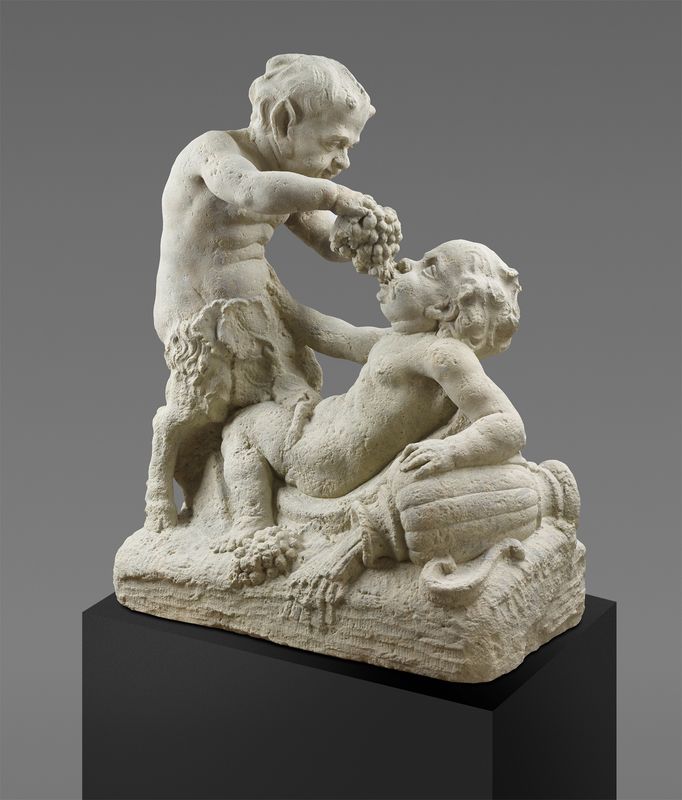 On this powerfully designed, life-size,

bald head are the eye and mouth area,

that plays with a contented smile, striking.

The big ears are a symbol for hearing

the teachings of Buddha, as his disciple and successor

they apply. The mostly full-figured statues

Reddish sandstone with remains of setting.